Police and private investigators are looking for a man suspected of two counts of housebreaking.

"We believe Lenny Govender may be able to help us in this regard," said Chad Thomas of IRS Forensic Investigations. "The suspect was a police reservist and served in the Hillbrow area in the early '90s. He knows police protocol and he knows the Hillbrow/Yeoville area very well."

Investigators believe the suspect moves around Bedfordview, Kensington, Yeoville, Berea, Hillbrow and Orange Grove  and is brazen in his criminal activity.

The club has been built on the edge of council land where Johannesburg buried victims of highly contagious diseases during the first half of the 1900s.

Residents, who already resent the noise from the club, now fear that recent digging and further development might unearth the graves of people and animals that died of ills such as black plague, smallpox, syphilis and anthrax.

According to the City of Johannesburg website, about 7000 people are buried in the historic cemetery, originally bought by the Transvaal Republican Government in 1895.

Metal markers to indicate graves have been stolen, fuelling fears that development might expose corpses and spark a health crisis. 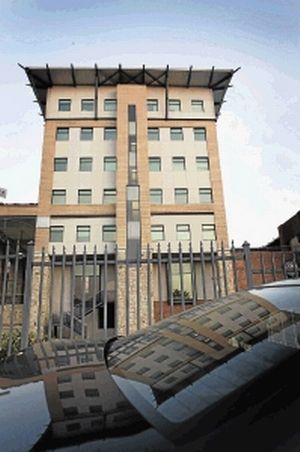 Parys - The day before a lawyer from Johannesburg presumably drowned on a game farm at Parys, he reportedly called in the services of a private detective.

Greg Wynne, 43, had a strong suspicion that someone wanted to kill him, Chad Thomas, chief executive of Integrated Risk Solutions, told Volksblad on Sunday.

Thomas confirmed that Wynne had employed at least one security guard after he started fearing his life was in danger.

Company 'used me' as BEE partner

A Soweto man has complained to the police about PTH Construction Group and its directors, accusing them of using him as a front which enabled them to benefit from BEE contracts worth at least R100-million.

Calvin Sithole, 47, was left jobless 18 months ago after the company - of which he was a director and shareholder in name only - went into voluntary liquidation. Profits which the company made and which were due to him, also vanished.

Sithole, who began as a labourer in 1990, worked his way up to the position of administration manager in 2002. He was responsible for dealing with sub-contractors on various projects for which he was paid R15000 a month.

Three years later, the married father of three was told by one of the company’s directors that they “wanted to reward my loyalty and make me their BEE partner”.

“It was a great moment. I felt like I had achieved something in my life. My wife, Basani was so happy. But I was just used.”

Sithole, who laid charges of fraud at the Norwood police station yesterday, said he received director’s fees of R5000 twice, but that was all. He was excluded from the company decisions.

Sithole’s case came to light after an investigation into 32 companies exposed suspected fraud by two of PTH’s directors, whose names are known to The Times, as well as Jan van der Merwe, its non-executive director and legal advisor.

Van der Merwe yesterday insisted that he “never participated in the day to day business of the company.”

Thomas said he found that the directors had transferred assets belonging to the company into trusts before liquidating it.

On the strength of their allegedly bogus BEE credentials, PTH were awarded two major contracts in 2006 and 2007 — a Pretoria office park and a Absa home loans call centre — worth a combined R100-million.

Said Sithole: “I knew nothing about the BEE contracts they got. I was presented as a black shareholder and director but I had no control over the finances and I was excluded from decision making processes.”

But in 2008, Sithole was told that the company was closing and that he “should claim his salary from the liquidator.”

“They just used me. I was window dressing and now I am unemployed and struggling to put my kids through school.”

After PTH was liquidated, Zycon Construction was formed with the some of the same directors and much of PTH’s equipment. Last February, Zycon was also liquidated.

A 417 enquiry into the affairs of PTH and Zycon began yesterday. However, it is being managed by a law firm linked to Van der Merwe who denied any conflict of interest.

He said he was merely helping the Master of the Johannesburg High Court.