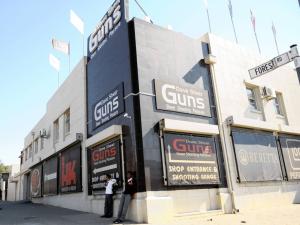 Johannesburg - A private investigator has come forward to say his company was also aware of investigations into Dave Sheer Guns, which have been continuing for a number of years.

Chad Thomas, an independent organised crime investigator from IRS Forensic Investigations, said he had been aware of enquiries into employees of Dave Sheer Guns conducted by senior investigators.

He said they were from several elite units, including Crimes Against the State, the Anti-Corruption Unit, the military police, the national conventional arms control committee and defence intelligence.

The Star has exposed an investigation into the Joburg gun shop conducted by the Hawks and forensic investigator Paul O’Sullivan.